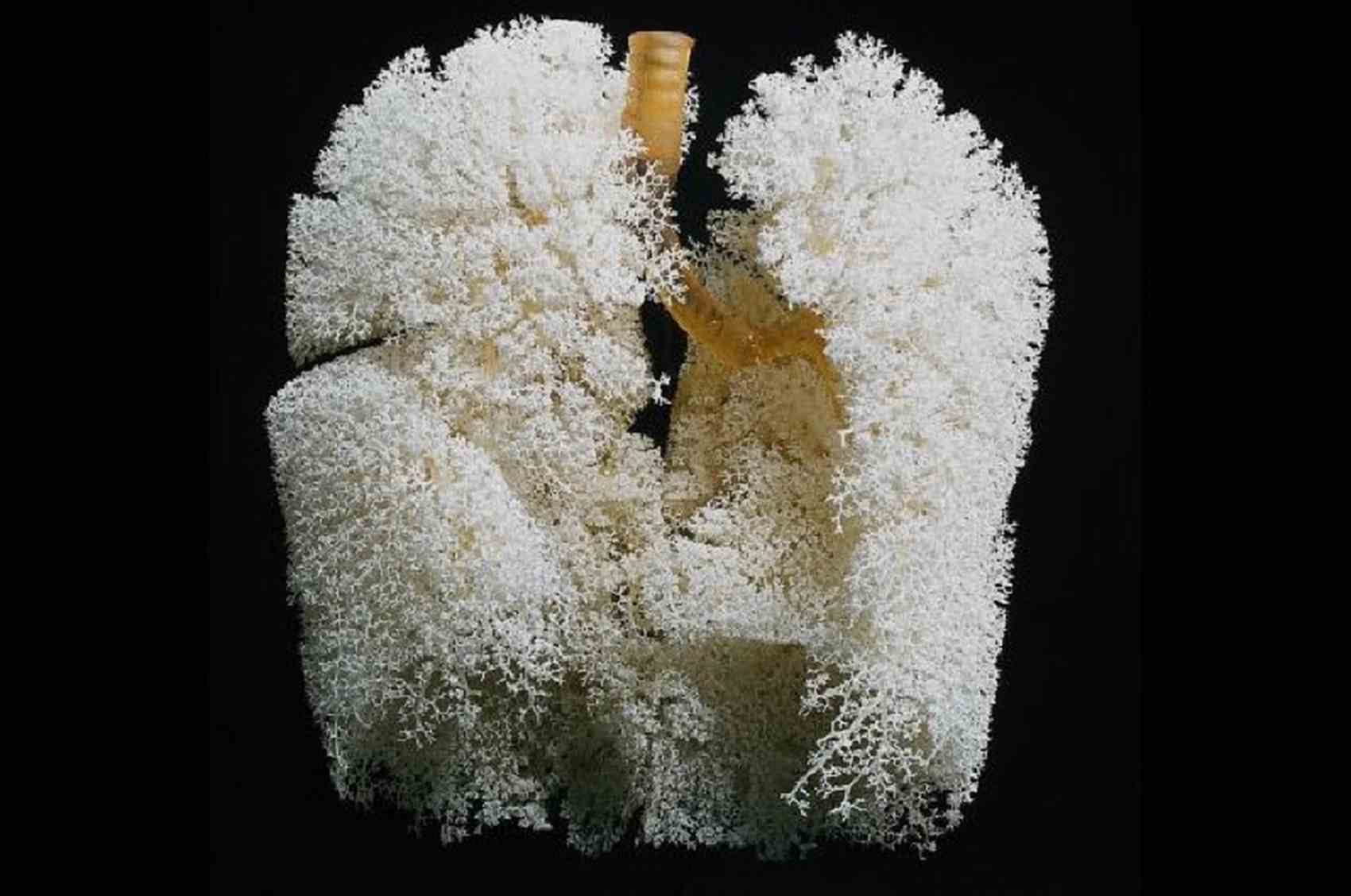 Is there a connection?

Psoriasis and psoriatic arthritis are chronic, autoimmune disorders which produce an inflammatory response– specifically in the skin and joints.  However, it is well recognised that psoriasis is a systemic disease which may be associated with other disorders such as obesity, diabetes, cardiovascular disease (CVD) and inflammatory bowel disease.

Emerging evidence also suggests that patients with psoriasis may be more susceptible to a variety of respiratory (lung) diseases and that some of the systemic drug treatments for moderate-severe psoriasis, may themselves have pulmonary side-effects, such as cough and breathlessness.

Asthma: It is well known that psoriasis is a risk-factor for asthma, although why that is remains unclear.  A recent meta-analysis of six studies, involving 66,772 cases of psoriasis and 577,415 controls showed that patients with psoriasis have a greater susceptibility to asthma. The risk was greater in older patients (≥ 50 years), though exactly why this should be the case is not clear.

Chronic Obstructive Pulmonary Disease (COPD): COPD refers to a group of diseases that impair the flow of air to the lungs, making it more difficult to breathe.  A 2015 review concluded that people with psoriasis had an approximately two-fold greater risk of developing COPD, compared with the general population. The risk was higher in people with severe psoriasis.

A large study from Israel included 12,502 psoriasis cases matched with 24,287 controls and found the prevalence of COPD to be higher (5.7%) in psoriatic patients when compared with controls (3.7%).  However, after taking into account other factors such as smoking, obesity, gender and socioeconomic status, the association was much less evident, though still statistically significant.

Another 2018 study from Denmark set out to measure lung function in patients with psoriasis.  Hansen and colleagues studied 20,422 adults in the Danish General Suburban Population Study, which included 1,173 people with psoriasis and 19249 controls.  Participants carried out lung-function tests with hand-held spirometers, and answered various questions about whether they had psoriasis, shortness of breath and pneumonia during the past decade.

Results showed that patients with psoriasis exhibited a small reduction in lung function compared with the controls, though after adjustment for smoking the differences were quite small (a point the authors concede).  The authors speculate that patients with psoriasis may have sub-clinical airway inflammation and inflammatory pathways may coincide between psoriasis and inflammatory lung disease.  It is important to note that no adjustment was made for obesity or physical activity in this study, both of which would be expected to have an effect.

Sarcoid: Sarcoidosis, or sarcoid, is an uncommon disease in which certain inflammatory cells clump together to form small lumps called granulomas.  The organs most commonly involved are the lungs, skin and eyes.  As a chronic inflammatory condition, sarcoid clearly has some features in common with psoriasis, and they may share common underlying mechanisms.

A large epidemiological study, essentially involving the whole of the Danish population (> 6 million subjects), has demonstrated a strong association between psoriasis and the risk of sarcoidosis.  When the results were fully adjusted to take into account age and gender, they showed that patients with mild psoriasis have about a 50% increased risk of developing sarcoidosis compared with the control group, whilst in those with severe psoriasis there is a 2.5-fold increase in risk.   The association, such as it is, is almost certainly due to some overlap in the inflammatory and immunological pathways underlying both diseases.

However, it is important to set this risk in context.  Among the 70,125 who developed psoriasis over the study period, only 100 (0.14%) also developed sarcoidosis.  In other words, in practice, the risk of any patient with psoriasis also developing sarcoid disease, is extremely small.

Interstitial Lung disease (ILD): This is a technical term used to define an unusual and complex set of lung conditions – including interstitial pneumonia and pulmonary fibrosis – which have been observed in association with psoriasis.  These conditions tend to cause progressive and irreversible scarring of lung tissue.

One study of 447 patients with advanced ILD, 21 (4.7%) were found to have concomitant psoriasis. However, it was not obvious what the association between the two conditions was or whether there was any true association.  The prevalence of psoriasis in the UK general population is around 3%, so the finding of 4.7% prevalence in the ILD group, whilst significant, was not dramatically so.  As the authors themselves conceded, there is no obvious mechanism linking the two conditions and – it thus follows there may be no mechanism linking them.

Another study found interstitial pneumonia in 8 out of 392 (2%) of patients with psoriasis who were being treated with biologic agents for severe disease.  The average age of the patients was 73.5 years and they all had very mild (or no) symptoms.  The authors speculate that there may be common mechanisms underlying psoriasis and interstitial pneumonia.  They also concede that the population in their study was highly atypical: the incidence of pneumonia in a younger population with less severe psoriasis would be much lower.

Lung cancer: Studies show that individuals with psoriasis are more likely to be cigarette smokers,  However, a recent (2016) study based on data from UK Health Improvement Network, suggests that patients with severe psoriasis may have an increased risk of lung cancer, independently of smoking status.  After adjusting for smoking and a range of other factors, those with severe psoriasis still had approximately 60% greater risk of lung cancer compared with patients with mild psoriasis.  There was no association between psoriasis and risk of bowel, breast, prostate cancer or leukaemia.

It should be noted, however, that other studies have found no excess risk of lung cancer in psoriatic patients, once smoking status is taken into account.  Whatever the truth of the matter, it’s clear that stopping smoking is the surest way for a patient with psoriasis to reduce the risk of lung cancer.

Symptoms of lung disease: All the conditions above may have different combinations of symptoms, but by far the most common are cough and breathlessness.  Others include production of phlegm (sputum), wheezing and chest pain.  If any of these become persistent, then you should seek medical advice.

Systemic drugs: Methotrexate, Ciclosporin and Acitretin are all systemic drugs used in the treatment of psoriasis.  Whilst methotrexate has been reported to cause lung damage, this is an exceedingly rare complication, so that all three can be regarded as generally safe from a respiratory viewpoint.

Biologics: Biologics are a group of bioengineered drugs which target specific parts of the immune system. They treat diseases such as psoriasis by modulating the activity of messengers called cytokines which are at the heart of the inflammatory response in psoriasis.

The National Institute of Health and Care Excellence (NICE) recommends the use of biologics in patients who have not responded to the standard systemic treatments such as methotrexate, ciclosporin and acitretin.  Examples of biologics used in psoriasis include:

Because they are immunosuppressants, almost biologics carry an increased risk of upper respiratory tract infections, though this is not usually sufficient to discontinue use of the drug.

Some of these medications, especially Anti-TNF drugs such as adalimumab, infliximab and etanercept, have a cough as a side-effect and may rarely cause an inflammatory reaction in the lungs.  Incidentally, there is no evidence that biologic treatments increase the risk of cancer.

It is clear that psoriasis is a multi-system disease and that it may be associated with an increased risk of respiratory diseases.  The problem is in deciding what the level of that additional risk actually is.

One difficulty is that many (if not the majority) of studies which address the association between psoriasis and lung disease, fail to take into account three key risk factors – obesity, smoking status and physical activity - all of which are associated with respiratory problems and all three of which are more common in patients with psoriasis. Failure to adjust for these factors, may result in an over-estimate of the risks for the lung diseases referred to above.

The fact is that breathlessness and cough in a patient with psoriasis is more likely to be due to smoking, obesity or poor fitness levels, than to complex lung disease or drug side-effects.  Stopping smoking, maintaining a healthy weight and taking regular aerobic exercise, is the surest way to reducing the risk of respiratory disease.

Nevertheless, patients with psoriasis appear to be at an increased risk of lung disease, even after they have made better lifestyle choices, though the level of this excess risk may be quite small.  Some conditions such as sarcoid, and ILD have an uncertain association with psoriasis and some medications may be associated with an increased risk of respiratory infections and cough.

It follows, that any patient with persistent respiratory symptoms, especially breathlessness and cough, should be investigated appropriately.